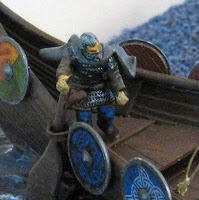 I thought I'd start a short series of games based on a local Viking invasion of a small Anglo-Saxon peninsular.

To start is a Viking landing to grab some loot and have a recce. Unfortunately for them they have been spotted by some scouts and the Anglo-Saxons have some men to meet them.

This is a small game Bill and I played.

Bill and I are both members of Tring Wargames Club and Bill had penned a very simple set of rules for one the club's Participation Games in 2017, based on a similar scenario.


The Vikings leave the ship with Anglo-Saxons coming down from the hills. 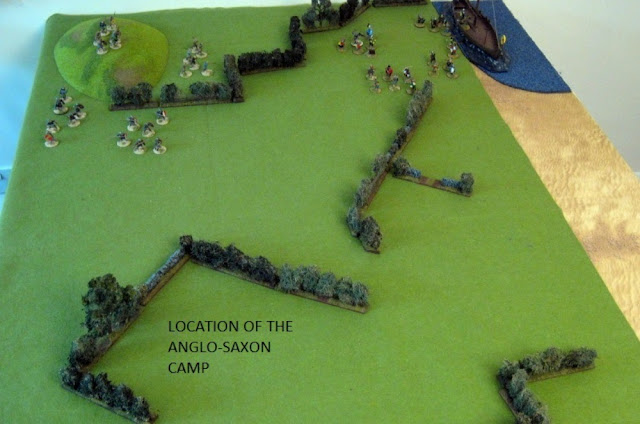 The Anglo-Saxon camp is defended by a unit of Spearmen 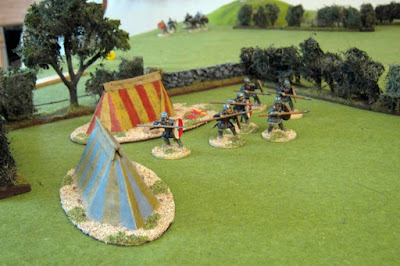 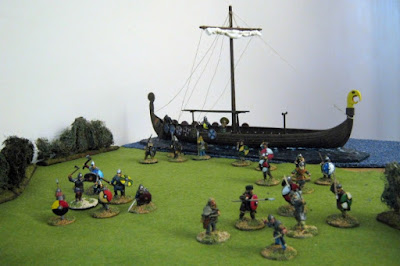 Warriors clash in the centre. 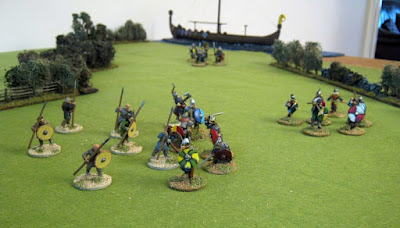 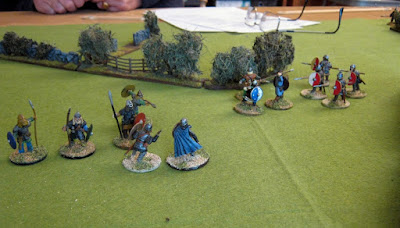 Viking Javelinmen make it to the Anglo-Saxon camp but can not overcome the armoured Spearmen. 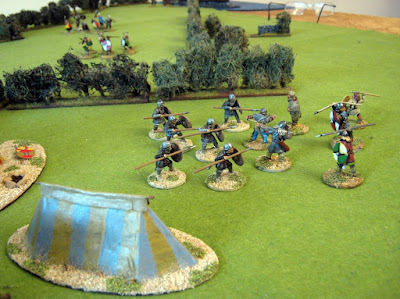 From the hill, the Anglo-Saxon Skirmishers, a mixture of Javelinmen and Slingers, see the ship has been left virtually unguarded and head for it. 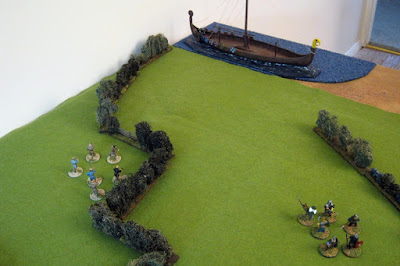 Not expecting this, the Viking leader's unit runs back to defend his ship and his honour but each time they get close the Anglo-Saxon skirmishers back towards the ship and loose another volley. 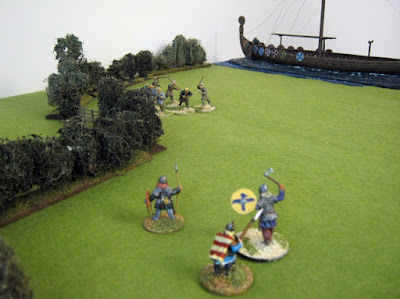 The Viking leader keeps leading his men into the charge. He is the last of his unit to fall. 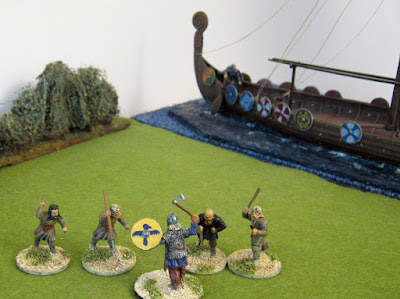 The Anglo-Saxon skirmishers board the Viking ship and the last Viking unit and is caught between them and the Anglo-Saxon leader's unit. Bill conceded at this point. 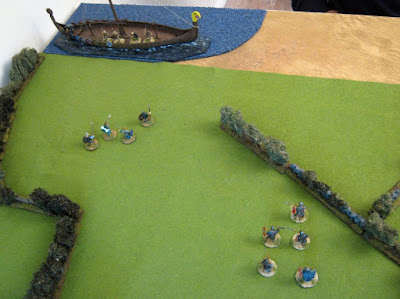 The Viking steersman stands aghast at the turn of events as the Anglo-Saxons celebrate the capture of the vessel. 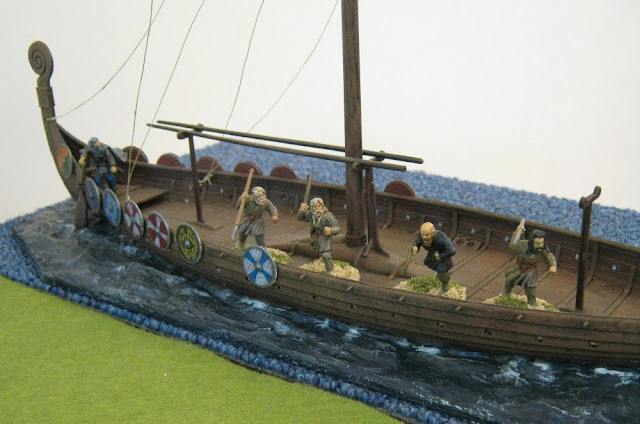 I can see why the Participation Game was popular. Quick playing simple rules giving a game we both enjoyed.
Not a good start to the Viking invasion though.
Posted by Colin's Wargaming Stuff at 21:09