BKC II - Down By The Sea

Scenario 3 of the series, Fighting the Great Patriotic War one battle at a time, written by Andrew Rolph and recently published by Miniature Wargames with Battlegames.

Most figures and models are Pendraken.

UP FRONT
I should say straight away this didn’t work out very well for the Soviets. I tried a few options for the Soviet attacks but they were very fragmented and all crossing open ground against dug-in Germans. There was a lot of artillery which was fine at the beginning when the Soviets were bombarding the German positions, but very messy when the German FAOs were able to bring their artillery to bear on the Russians in the open.
So, with that in mind, I’ll keep this fairly short.

This scenario features an assortment of Soviet forces trying to combine arms in an attack against a mixed German Battlegroup defending a coastal position. 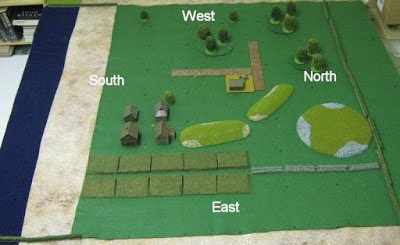 Layout
The initial layout.
The table is just 4ft square including the coastal area.

The Soviets are attacking from the east (this end), and the south (the coast) and … oh yes … and they have a paratroop drop.

Objectives
Victory Points are awarded for each town sector or airfield installation held – five in total. So really the Russians have to take the town to stand any chance of winning.


OOBs
Details are in the downloads mentioned in my previous Post - Blitzkrieg Commander II revival.

The Soviets have various forces turning up in various places.
There are the land based forces approaching from the east trying to break through the wire and anti-tank ditch. A Naval Rifle Battalion is making an amphibious landing, and there Paras dropping behind German defences. 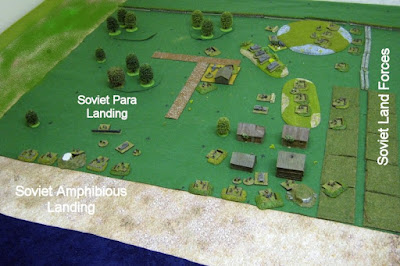 The Game
In this game I made the Soviet artillery plan after deploying the Germans to give them the best chance I could. The Naval bombardment landed on the village and the artillery along the German defensive positions.

The Soviet bombardment began with no Soviet forces coming on in the first turn. Casualties amongst the dug-in Germans were low. 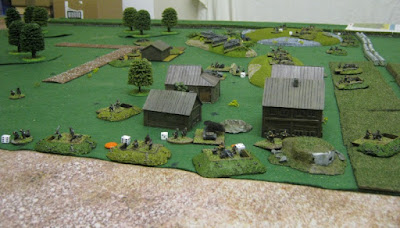 Turn 2 and the only Soviets to arrive were the first wave of the Naval Rife Battalion who make an amphibious landing at a deep flank in the south west to avoid the worst of the German defensive fire. Even so, they got a frosty reception from German artillery and one of the Coastal Defence Teams and were wiped out before the land based Soviet forces arrived in the east. 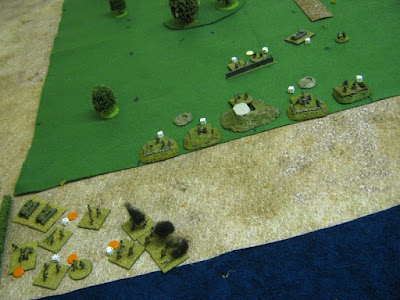 In fact it wasn’t till turn 5 before the land based Russian forces arrived in the east, by which time the second wave of the amphibious landing had arrived and the Soviet Paratroopers had landed behind the far Coastal Defense Team. 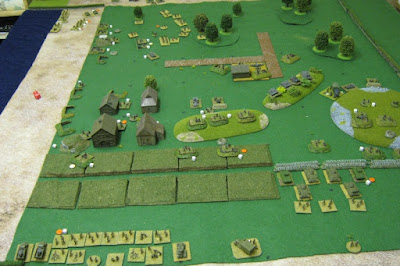 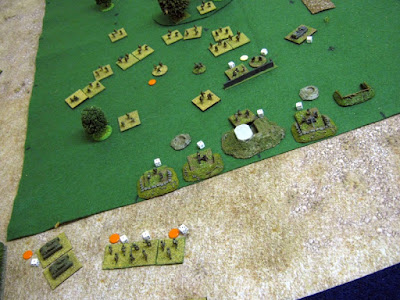 The German artillery turned on the dismounted 1/11th Cavalry and, along with more fire from dug-in infantry on the hills, made a mess of them. 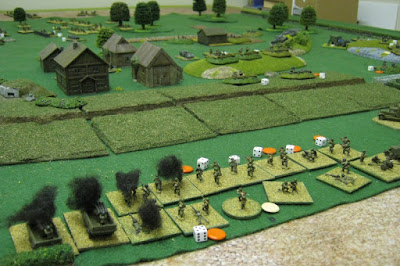 Meanwhile, the Soviet tanks had been making slow progress against the German held hills which were defended by 1/10th Infantry battalion and a few PzIIIs. 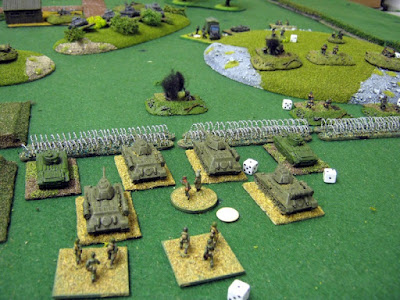 The remnants of the Soviet 1/11th Cavalry caused some casualties on the defending Germans but soon routed leaving just a few Russian tanks attacking the hills and the Paras attacking the village and airfield. 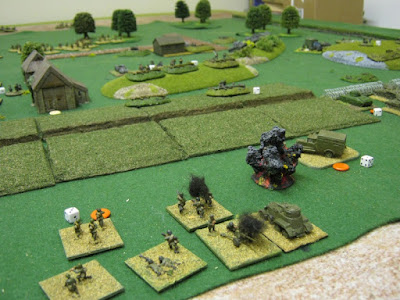 The tanks got bogged down in small attritional fights and for a short time the Paras contested the village. The Paras then failed the next two Command Rolls, and only passed once in the next turn. That spelt the end for them and for any hope of the Soviets winning. 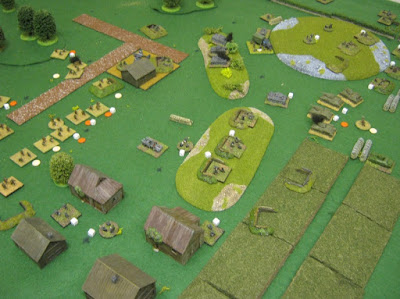 Winners and Losers
The Germans won. The Russian Paras temporarily held one village sector, but that was all.
Both sides took high casualties, largely as a result of artillery fire.

Thoughts
It was fun trying various forms of Soviet attack. I tried to make them work but failed to find a plan that worked. Perhaps someone else will do better.

In this third article I found the rules these scenarios are written for are Spearhead, which I’ve never played. They might give a different game as visibility and firing ranges are much shorter.

The next scenario is A Nasty Encounter and having a quick look at the rather empty map I'll probably add more terrain for that one to counter the relatively long firing ranges in BKC II.
Posted by Colin's Wargaming Stuff at 11:13